At Finest Sausage and Meat we have three different selections of Black Forest Ham.

We also have whole black forest ham or the half portion. These two sizes are for larger gatherings and events.

We make our Black Forest Ham by first taking select cuts of ham and seasoning them to perfection before being placed in the smokehouse for processing. This is a delicious treat and looks as wonderful shaved as it does in thick slices. 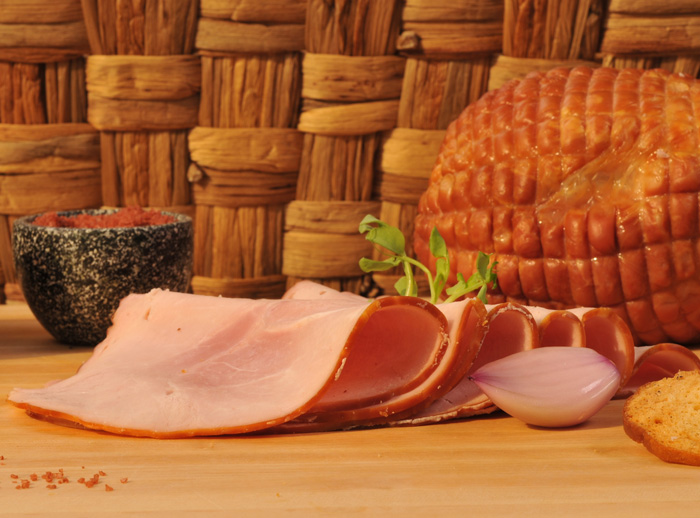 Are you looking for something nice that will impress a crowd? Then you should keep reading because Kassler is just what you are looking for. Made from pork loin, this smoked and cooked product is something everyone will like.

Once out of the smokehouse and cooled, the loin is then sliced into single-serving portions and made ready for your next cooking endeavour. Pan-fried or cooked on the BBQ, Kassler can be served with many different food combinations. 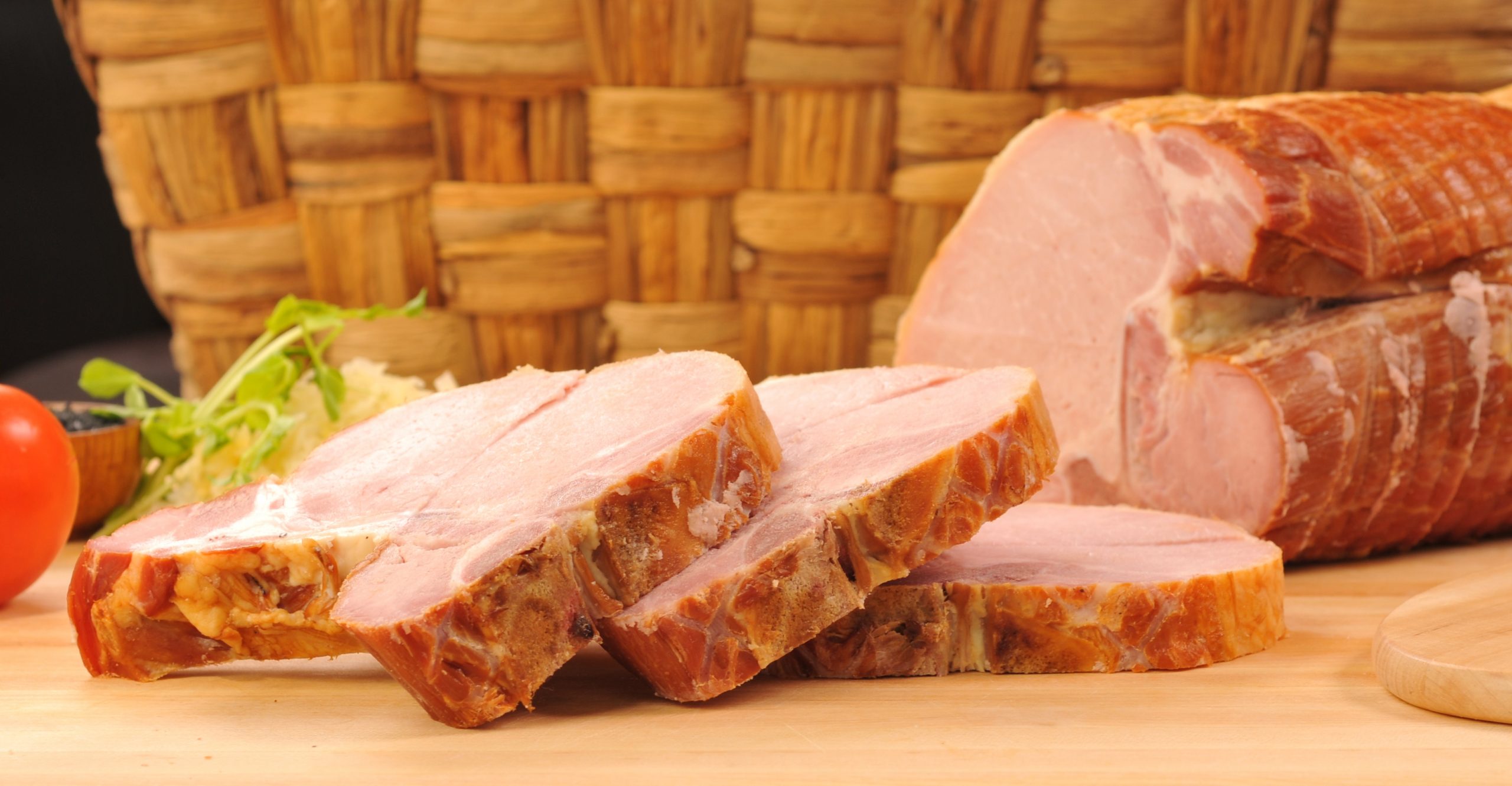 Lachsschinken is a very high-end double-smoked pork product. It is created using the pork loin, which is a very lean portion of pork.

One of the things that sets Lachsschinken apart from our other high end double smoked products is the lean nature of this selection of pork.

When we begin preparing Lachsschinken we trim it and make it ready for the process. After trimming the loin we marinade it in lightly seasoned brine for two week. After this two week marinating process has been completed, we hang the loins and send them to the smokehouse. Once in the smokehouse, the loin finishes the transformation from pork loin into Lachsschinken. Once the process of natural wood smoking has been completed twice, we hang the Lachsschinken in our drying rooms for one week to make it ready for market. Lachsschinken is a very flavourful and appealing product, which is made ready to eat. Lachsschinken can be prepared and enjoyed in a large number of ways. Some people prefer it thinly sliced on its own, while others enjoy being creative with it.

A number of chefs in the area spread cream cheese on it and turn it into a small roll, while others wrap their favourite pickled vegetables in it. It doesn’t matter how you prepare it, you will find it to be a great product with a variety of uses. 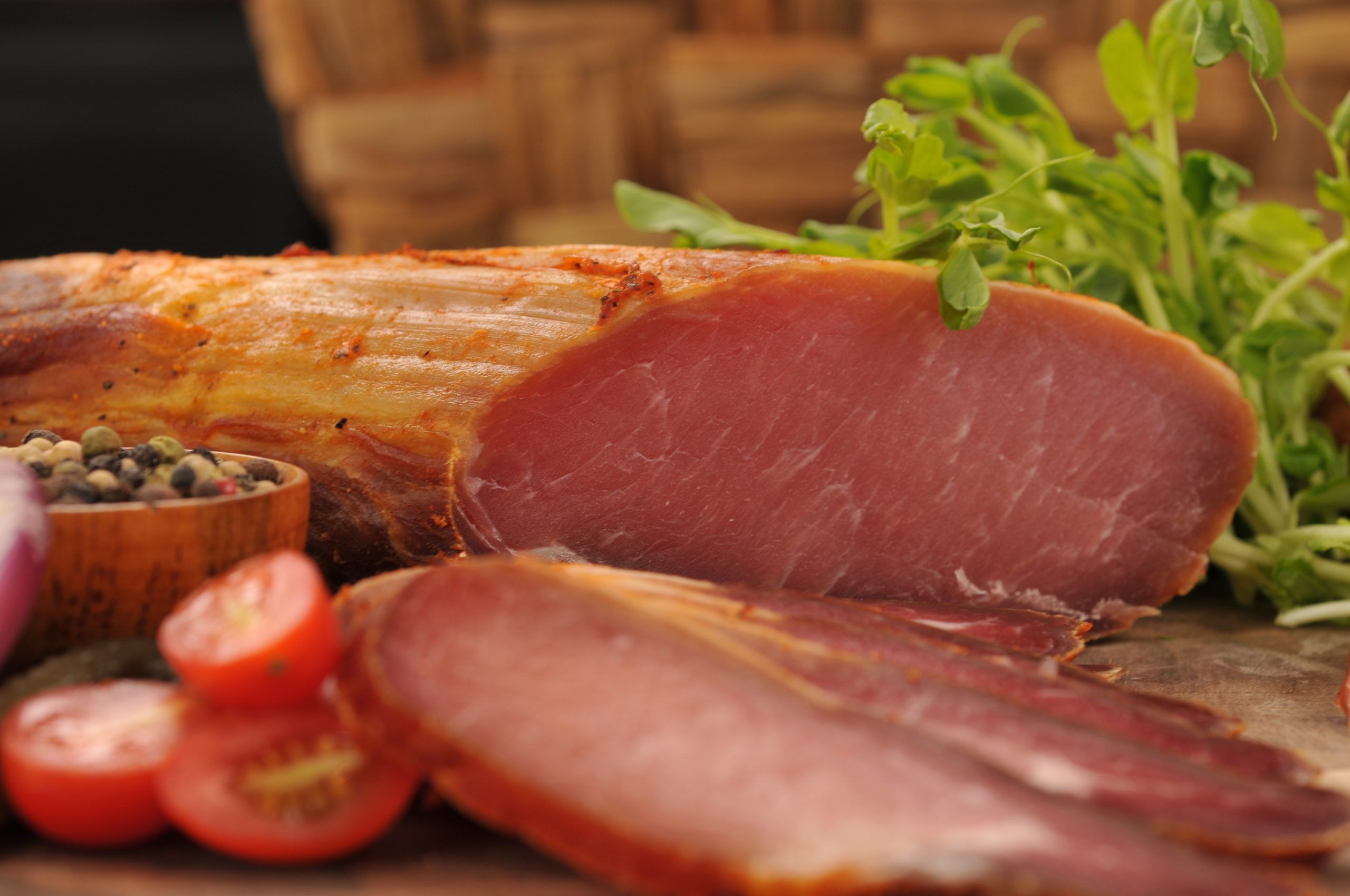 Our Old Fashioned Ham is another example of the kind of quality that we supply to all of Ontario. It is seasoned and cooked so that it’s ready for eating as soon as you get it home. 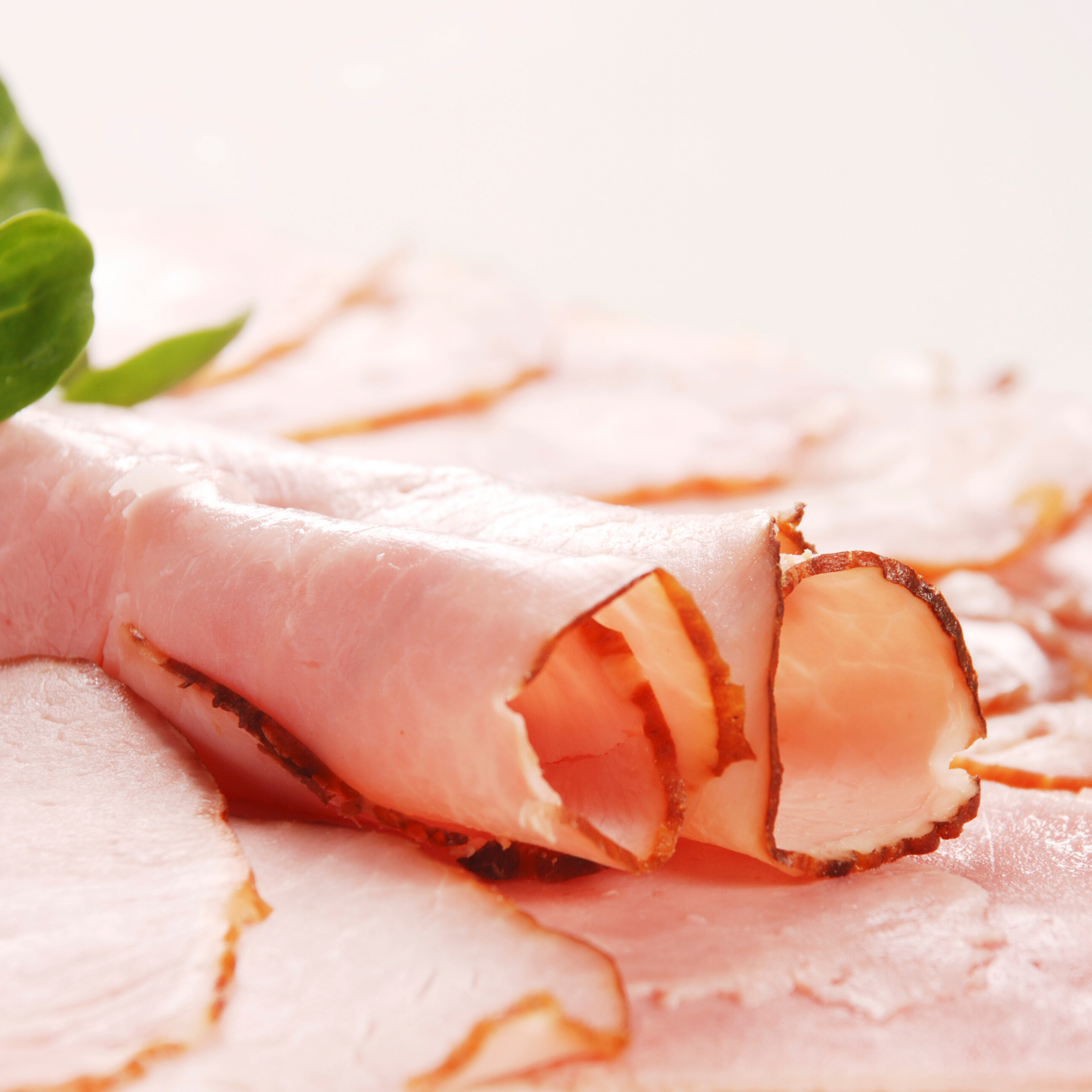 Smoked Back Fat is created using pork back fat, which we naturally wood smoke to give it its wonderful flavour. This wood-smoking process is what helps to make it ideal for spicing up many of your family’s cooking recipes.

Our customers use it as an ingredient in their rouladen recipes or even as a substitute for oil when they are making schnitzel. The flavour and quality of our smoked back fat will help make your next meal a masterpiece.

Smoked Neck is a European specialty that uses pork neck, which is a marbled portion of the ham. One of the things that sets our Smoked Neck apart from out other high- end, double-smoked products is the marbled nature of this selection of ham. When we begin preparing the smoked neck we trim it and make it ready for the process. After trimming the ham, we marinade it in lightly seasoned brine for two weeks. After this two week marinating process has been completed, we hang the hams and send them to the smokehouse. Once in the smokehouse, the ham finishes the transformation from ham into Smoked Neck.

When the process of natural wood smoking has been completed twice, we hang the Smoked Neck in our drying rooms for one week to make it ready for market.

Ham Hocks are a real treat if you like traditional German cuisine. When you are looking to make a soup or to spice up some sauerkraut then you have come to the right place. At Finest Sausage and Meat we have taken our Ham Hocks to a whole new level.

First marinated in brine, we then take the ham hock and naturally wood-smoke them preparing them for market.

Our Ham Hocks come in a variety of different sizes so if you are looking to flavour a small soup or for something larger, we have something for everyone.